In the midst of the holiday season, the world seems to come alive with music and lights. Throughout North America and Europe, seasonal festivities often include heading to the tree farm to pick out and cut down the Christmas tree, braving the stores for the holiday shopping, and having family and friends over for the long-awaited nights of December 24th and 25th. In Salzburg, Austria, however, there are different events going on at this time. This city, along with greater Austria, lower Germany and parts of the Czech Republic, shares the holiday season with an ancient creature who makes an ominous appearance during this otherwise festive time: the Krampus.

Krampus is part of a Germanic tradition that goes back centuries. According to legend, the Krampus is a demon that accompanies St. Nicholas on the nights of December 5th and 6th. Together, St. Nicholas and Krampus go door to door visiting children. Unlike other regions in which Santa Claus comes on Christmas Eve, in these areas it is St. Nicholas who rewards good children with presents of fruits and nuts. Children who have been naughty, however, endure a fate a bit worse than receiving lumps of coal. Instead, they are beaten by the creature Krampus, and sometimes taken away in his large wicker basket, never to be seen again.

The Krampus‘ appearance various by region. In Salzburg, he is believed to be six or seven feet tall, covered in long, sheep’s wool and bearing two large horns on his head. His teeth are big and monstrous, his tongue often hangs out of his mouth and around his waist he wears a belt with large bells that warn people of his approach. His weapon, however, is what both children and adults alike fear the most. His tool of attack may be a long cow’s tail, a horse’s tail or thick bundle of branches, any of which can be used to harshly punish those whom the Krampus deems worthy.

To keep the Krampus tradition alive and ever-haunting its residents, the people of Salzburg include this dark creature in their seasonal festivities. Beginning as early as mid-November, Krampus runs, called „laufs,“ are held everywhere from large cities to small villages in the country. Larger laufs resemble parades, and involve as many as forty Krampus groups, known as „passes,“ which may include ten to twenty people dressed as the creature. The groups walk through barricaded streets where thousands of spectators await them, oftentimes behind metal barriers. Krampus costumes vary in size and appearance, reflecting the area where the group originates. In Salzburg, traditional costumes entail a hand-carved, wooden mask that can weigh up to 40 lbs. The costumes, also hand-made, are created from actual sheep wool and horns. This makes them exceptionally heavy, but provides the benefit of helping its wearer withstand freezing Austrian temperatures for hours after nightfall.

A very distinguishing feature of the lauf is that, unlike American parades, they are very interactive. Krampus groups do not simply walk by and wave to their spectators, but serve to remind them just what the Krampus figure represents. Armed with their animal tail or bundle of branches, the Krampus walks or runs up to people to scare and oftentimes physically hit them. Depending on the particular group and what they feel is appropriate, these attacks range from playful taps to repeated, brutal thrashes below the thigh. It is not unusual for those attacked to soon be hopping in pain and even find bruise marks the next day. One morning after a lauf I attended in Salzburg, I was surprised to find a  large black and blue mark behind my left knee that stayed with me for weeks.

However, it’s easy to see that lauf attendees don’t mind these attacks. As I quickly came to understand and experience, part of the fun is not knowing just what each Krampus will do as it approaches – and to fear it as a result. From children to the elderly, people laugh as they cower before the creatures and hide behind their friends. They may wince and hop after a hit, but only to smile and laugh about it afterwards and look down to the road in anticipation for the next Krampus to come. Although young children were the primary target in traditional Krampus lore, the young ones get off easy in these laufs. Krampuses do make sure to visit them in between their intimidation and attacks of other spectators, but only to pat them on the head and wave to them.

In addition to these large laufs, smaller laufs are also held in the city. Small laufs consist of one or two Krampus groups gathering at a specific area – always to find an eager group of fans waiting for them – and walking a planned route for approximately an hour. These laufs can actually be more entertaining to watch than the larger parades. Unlike laufs in which spectators have willingly and intentionally waited for the Krampus and know what to expect in the show, many city-goers are caught by surprise on smaller laufs. In the midst of Christmas shopping or enjoying their Glühwein and Heisse Würstel, they are suddenly surrounded by a horde of enormous creatures that beat them for seemingly no reason. Some may laugh at the attacks, but others quickly run away in bewilderment – especially the tourists who have no idea what’s going on. Another feature that makes these laufs entertaining is that the Krampuses have free reign with no metal barriers between them and their victims. Taking advantage of their sinister freedom, they often playfully run away with people’s hats, making the hatless chase after them to get it back, and even pick up the people and run away with them. These smaller laufs also include police escorts and crowd control workers to make sure that neither the Krampus actors nor the spectators get out of hand.

In smaller towns and villages, laufs are not held in predetermined routes but in the town square. In Austrian towns like Anif, Lochen and Mattsee, townspeople will gather around food and drink stands selling hot wine and Kinderpunsch („child’s punch“) and desserts like Pofese, a type of fried French Toast with plum jam inside. These laufs involve Krampuses running amidst the crowds to pat the children, beat the adults, hug the lucky ones, and pose for pictures.

To assist the Krampus fanatics throughout Salzburg and the wider Krampus-roaring realm, a website has been created. The site is www.krampuszeit.at, which literally translates to „Krampus Time.“ Developed in September of 2013 by Christoph Haubner, the site has assisted over 4,500 users to date easily locate laufs throughout the cities and countrysides. The site is written in German but can be easily translated into English through Google.

Christoph himself is a resident of Salzburg and has been involved with the Krampus group Alterbach Teufeln („Alterbach River Devils“) since 2008. He was inspired to create a website for his fellow Krampus enthusiasts to make the most of their holiday season. The site lists where laufs will be held throughout Austria and Germany, providing the date, time and location where they can be found. Christoph researches his information through individual Krampus group websites and Facebook pages, many of which other lauf enthusiasts may not know about. Users are never required to provide their demographics when entering Krampuszeit, as other event websites require users to do. This feature was an additional motivator for Christoph to create Krampuszeit, as he believes people should never have to give away any personal information to learn about what’s happening in their own community. In addition, his website includes a News page with photos and reviews of laufs as they occur. There is also a Groups page which provides photos and information about Krampus groups throughout the region, serving as a wonderful way for viewers to learn about these groups and the actors themselves to discover one another.

Another factor that motivated Christoph to create Krampuszeit was to teach the traditional story of Krampus, versus its evolution over time. The site’s Culture page describes the history of Krampus, as well as holiday figures St. Nicholas and Perchten, a demon that comes to Austria in late December during laufs of its own. With Krampuszeit, users can also see differences between traditional Krampus costumes versus those that have been heavily influenced by modern horror films and American Halloween characters. For example, some modern Krampus masks are made with LED lit eyes and latex, neither of which are traditional materials.

Christoph also uses Krampuszeit to correct any misconceptions foreigners may have about laufs, especially concerning physical violence. Although some Krampus groups are more violent than others in their playful methods of „punishing“ the crowds, the site demonstrates how laufs are not the drunken, rowdy spectacles that some YouTube videos and other websites portray them to be. In many towns, including Salzburg, Krampus actors are required to take a breathalyzer test before the start of the event, and actors will not be allowed to partake in the show if they fail the test. In addition, many towns set limits on what can be used as a Krampus weapon so that no one is inadvertently hurt from what should have been a playful attack. As a result of these requirements, absolutely no injuries have occurred during a Salzburg lauf over the years, despite their thousands of attendees.

The Krampuszeit website is also a wonderful tool in that it allows Austrians and others around the world to discover where they can go for countless events of Krampus fun. In the midst of a cold, wintery season, that’s an especially important feature. The fact that thousands of Austrians choose to stand in freezing temperatures for hours at a time says a great deal about what people will endure for a fun night out with their friends. Although Christmastime in Salzburg is renowned for being one of the prettiest cities in Europe with their Christmas markets and decorations spanning the downtown area, laufs offer a completely different holiday experience. They allow not just the Krampus actors, but the spectators to be active parts of the show as they are watched just as enthusiastically as the Krampus during the playful attacks. As laufs are always free, open to the public and appropriate for all ages, Krampuszeit and the laufs it describes provide opportunities for people to get out of the house, enjoy their hometown, and prove they managed to survive the Krampus for another year. In a region that demonstrates the natural human need to let loose with our loved ones, Salzburg is a place where people can celebrate the holiday season in a truly unique and monstrous way. 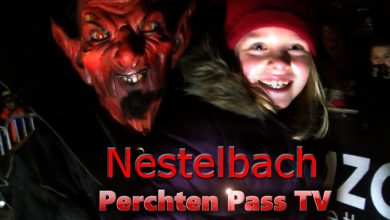 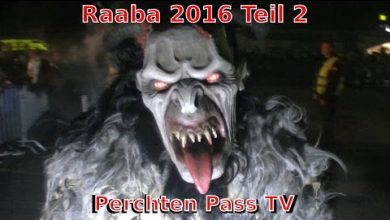 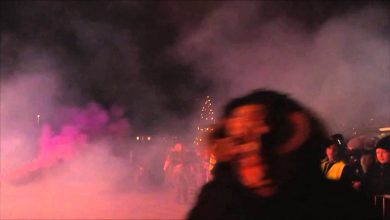 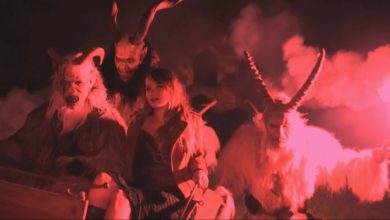